Have A Dented Bumper? Know 3 Ways To Fix It

The old way to fix a dented bumper was to to use filler material. You would fill the space where the bumper is dented in, then sand the filler material until it was smooth. The bumper would then need to be painted so that it matched the rest of the car, which can be hard to do if your car has faded paint.

The paintless method involves accessing the rear of the bumper to fix the dent, which means removing the bumper from the car. It may be much harder than it sounds, since sometimes tail lights or panels have to be removed to get the bumper disconnected.

The goal is to push out the dent from the inside so that it looks like the dent never happened. This method does not require painting the bumper, which is why it is known as paintless bumper repair. This process can take a couple minutes to do, and is one of the more affordable ways to fix a dented bumper.

Small dents that are only a couple inches long can be removed on your own. It only works if your dent is smooth, which means it does not have any odd creases with how the metal bent inward. The kit works by placing a suction cup on top of the dent and using pressure to pull the dent back outward.

Check with your local auto part shop to purchase a suction cup kit. Be sure to follow all of the directions for specific information on how you should use the kit.

Don't want to bother with the dent repair kit? You could always try removing the dent with a plunger. The plunger must be the kind with a cup if you want it to work. Just place the cup directly on top of the dent, then give the plunger a few pumps to build up some suction. Then pull the plunger with a firm motion, and the indentation dent should be pulled out and be flush with the bumper. Try again if it did not work on the first attempt.

Visit a local auto body shop for help with bigger dents and cracks to your bumper. 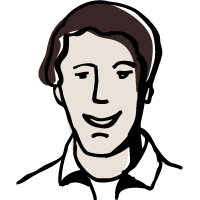 Are you planning your family vacation for this summer? Are you considering driving to your destination instead of flying so that you can save a little money? Well, driving your own car might not be the best plan. Did you know that you can get a rental car for your vacation and avoid putting all of those miles on your personal vehicle? My site contains tips that can help you choose a rental car for your family vacation and how to plan the trip to keep everyone in the car happy. Hopefully, you can create as many joyful road-trip memories as my family has.